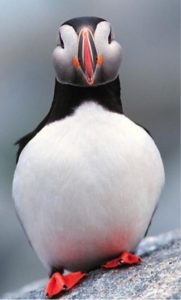 Do well enough in your job, and sooner or later you’ll have to give a formal presentation or speech. No good deed goes unpunished.

A quick scout around the internet will unearth loads of practical tips for dealing with the stage fright that plagues us all, whether we’re podium clutchers who read every word off a script, or performers who like to ad lib. Breathe deeply and practise your speech out loud many times before you actually give it. Talk at half your normal pace. Over emphasise the key words. And if you’re using slides do not, on any account, read out what’s already on a screen behind you.

Good advice — but it doesn’t tell you much about how to write a speech.

A speech isn’t an essay or a blog post. You want to use very short sentences and the plainest possible language, and work within a super clear structure. (In a speech, I’d split that last sentence in two, beginning the second with a repeated “You want to work within…”) If you feel you’re “dumbing it down” you’re probably doing the right thing.

What does “super clear structure” mean? The classic advice is: say what you’re going to say, say it, then say what you’ve said. Three-part structures are easy to follow — even for listeners who aren’t paying much attention. If you’re preparing a speech about a charity, you might therefore write:

If you’re short on time or very nervous, I’d recommend this structure because it’s safe. But there are — fittingly — three problems with it. First, everyone’s heard it before. Second, it isn’t best for every speaker, every audience, or every subject. And third, the middle bit tends to be dull. (I’ve seen plenty of people catch up on their sleep halfway through these kinds of speeches.)

So how do you write a speech that will keep people awake all the way through? I went on the hunt for some lively examples. Thank goodness for TED (http://www.ted.com). It took me no time at all to come up with my examples, and you can find many more. Here’s my starter pack.

Sit back and make thirteen whole minutes, because there’s lots to learn from Poppy and her ghost story. (But no spoilers here.)

First off: I think she begins badly (you may disagree). She has a melodramatic first sentence that I bet she was really pleased with. She delivers it self-consciously, complete with dim lighting. It almost made me switch her off. Her second sentence should have been her first.

It didn’t matter. It’s hard to write a fantastic opening, and within one minute I was caught up in the story that followed. If you’re going to start with a great personal story my advice would be, just start with it.

Poppy’s story might make you uncomfortable. I found myself thinking, Is this woman a total fruitcake? When we discover that no, she’s far from a fruitcake, our trust in her is redoubled. She knew what she was up to all along. She was setting us up in order to surprise us, about one third of the way in, just when we might be falling asleep. We’ll now remember what she had to say. You too can take a risk with a story that makes us wonder about you – as long as you are going to address our concerns.

She’s also a natural comedian. She wears funky boots, she giggles, she paces back and forth, she flings her arms wide and swears, and towards the end of her speech she jumps, twice, both feet actually leaving the ground. It’s totally lovable. She reminds us that if we have a naturally bouncy style and a big friendly audience, it can work to our advantage. Forget being a “grown-up”, whatever that means. Spread your arms wide and share your enthusiasm.

Finally, Poppy’s a skilfull salesperson. Once she has her audience where she wants them, she slips in a reference to her podcast — two thirds in rather than at the end. She doesn’t even name it. If we like her, we’ll hunt it down. Then she has a more explicit call to action at the end.

A good rule that Poppy follows is: always know what you want your audience to do, think, or feel. Know exactly what your call to action is. Most charity speech writers place the call to action at the end, as she does. Make your call succinct as well as crystal clear, and it will have the power of a great punchline.

Shorter and more sober, Setrakian’s talk also begins with a personal story that’s situated clearly in time. “Five years ago I had my dream job,” she begins. It’s a much loved fiction-writer’s device, and for good reason. We wonder immediately: What happened to the job? Did she wake up from the dream?

She goes on to answer the question. From the personal beginning, she moves quickly to a sombre appraisal of reporting from the Middle East. Her willingness to give up her dream job means she has extra credibility, and that’s important because she too has something to “sell” – a website called Syria Deeply (https://www.newsdeeply.com/syria). She introduces it almost halfway through, as a bridge to her three closing recommendations.

In Setrakian’s speech there are two calls to action. The first is an indirect invitation to go to the website, which she displays on screen, as a trustworthy resource. The second is to take on board her recommendations. Her serious, direct style – no giggling or jumping here, hardly a smile – isn’t Oscar-winning natural, but it’s plausible and intelligent. We trust her. It’s the perfectly pitched speech for an intimate audience of politically progressive people.

In some ways this is the most polished of the three, because Kirschner knows exactly what his structure is, and he lets us know too.

“This story starts with…” he begins, then shows a picture of his kids. Then, after a simple family story, he uses a question as a transition. “Why not apply that clean-up model to the entire planet?” he asks. He goes on to use charity words like “inspiration,” “vision” and “impact”.

If you’re going to dream, especially in the charity world, dream big. You might feel scepticism when Kirschner talks about the entire planet, but he has some great slides that show exactly what he’s up to. Kirschner doesn’t talk off his slides or tell you what’s in them. The pictures illustrate his story, but the story is all his.

His language, his questions, and his simple picture slides make you imagine what he can do rather than think about what he can’t. In many charity speeches, that’s the challenge: how can you persuade people that you can do something big, and are therefore worth supporting?

Kirschner has worked hard at the rhetoric of change. Individually you can make a difference, he says at one point. Together you can have an impact. Nice. For an aspirational, technically savvy audience who love solutions and may want to invest in his app, that super-confident, mission-driven tone is perfect.

He wraps neatly. “During that process I learned two things.” Great! We can handle two things. The first lesson is a throw-away for a laugh. So he really only has one lesson to share: he has a global answer to litter. Yet all the way through he’s used simple language and down to earth examples of actual litter, actual streets, actual kids, and an Instagram account.

Let me wrap, then, with some ideas to play around with the next time you write a speech.

You could even start with, “You know, on my way here tonight I saw something interesting…” or, “I want to tell you about somebody I met just last week.” A recent story can be more credible. Or you could begin, as Poppy and Setrakian do, with the classic set-up: “X years ago I was (happily married/in prison/working in investment banking/the picture of health…)”. We’re hooked.

Visit your website? Donate to your appeal? If you’re super clear about that, then you can sell very lightly, perhaps in the middle of the speech as well as the end. We’re all so well defended against the closing “hard sell” that a lighter, quicker ask might work to your advantage. And if you want to teach us something, write that down too, in one sentence if possible. Then think about how you like to learn things: it’s probably through stories, examples, and entertaining challenges (do ghosts exist?). Be a good teacher, and we’ll love you for it.

Rather than thinking of the next slide as your transition point, think of the next question. Write the questions into your speech, too, because when you write questions down, you naturally structure and pace your thoughts:

“I have a solution.” (Now ask questions: How does my solution work? Is it better than others? Why is it worth it?)

Questions also give the audience nice clear signs about where you’re going. People will be much more likely to pay attention if your transitions are in the form of questions.

Poppy’s speech falls neatly into three parts. Setrakian has three recommendations. Kirschner’s speech is the shortest, but his too falls into three parts (story, solution to a problem, replicating impact). See if you can write the key points on three pages, one for each point. Make the middle section a turning point, or a next step in a story, with as much fresh surprise as possible. (Setrakian’s second recommendation is her strongest, you’ll notice, and gets applause.)

You can (and should) change the length and content of your speech for different audiences. You can (and should) ask a friend or coach to fix distracting nervous habits (fiddling with jewelry, sticking your hands in your pockets and then wiggling your fingers visibly).

However, you cannot change your own mysterious self. If you’re sincere, have something heartfelt to say, and have done your homework, your audience will come along with you just as you are. The three speeches I’ve described here might need adapting for school children, for corporate chief executives, or for government ministers, but the three speakers could still use the same inflections, questions, gestures, pictures, jokes, and stories that work best for them.

PS: I haven’t said anything here about writing speeches for other people (i.e. your boss) because that’s a whole blog post in itself, but you’ll want to use the same techniques.