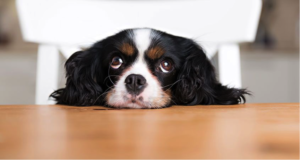 People move fast in the charity sector. Almost four out of ten fundraisers say they want to change jobs in the next six months – and many will. The average tenure in a fundraising position is less than two years according to most estimates.

A high turnover means lots of things, none of them very good for donors and the charities they support. I’d love to live in a world where fundraisers stayed longer in their posts and built more enduring relationships, with colleagues as well as donors. We’d all be happier. But often the opportunities for internal promotions just aren’t there, or the goals are unrealistic, or there isn’t the capacity to meet them. The grass is forever greener in another charity. It’s understandably tempting to change jobs, or go and train as a yoga teacher in India, as one of my lucky clients is about to do.

Which brings us to the personal cover letter.

Whenever people ask me to comment on job applications and cover letters, I’m struck by how difficult it is to step outside ourselves and then sum up our skills and what we have to offer. Even articulate, senior professionals find it hard to do this with grace and confidence. I sympathise. I never liked writing job applications or cover letters either, to be read by strangers in a Human Resource office. Often, when reading cover letters, I think how glad I am that I have my own business and don’t have to do that any more.

And then I did.

One of my New Year’s resolutions was to consider a senior charity trusteeship. That meant stepping back into the terrifying world of job descriptions, person specifications with their dry checklists of experience and skills, and cover letters. I thought it would take an hour and be easy. It took a day, and it hurt.

I don’t have a magic potion that will make it any easier next time, but I do have some general advice that I’ve so often given others and that others then had to give me.

Don’t get too cute with the opening.

Start with a very brief statement about what it is that you’re so pleased to be applying for. Name the position. A sentence will do. Now you’re done with that bit.

You’re already in deep water: the dreaded second paragraph. My initial tendency is to take a breath and (to keep going with the water metaphor) dive into my past all the way back to the very first relevant job in the dark ages before computers and then slog on through all the others, and all the details about what I did in them, and to wonder half way through sentences longer than this one whether I should use bullets or semi-colons, and then …

They have your c.v. You have a LinkedIn profile. What they really want to know is not what you’ve done for others, but what you can do for them. Last year one of my clients used the second paragraph in her cover letter to share her vision for the charity. (She was applying to be the director.) She used energetic language such as “excites”, “huge change,” and “now is the time for XYZ charity to assert itself.” She got the job.

And it’s still about them, not you.

In your next paragraphs, you might indeed write about previous achievements and jobs. Be specific about money raised if it’s a fundraising post, then say what you’ve learned that applies to what they need. For example, if you’ve been a grant writer and you’ve written successful proposals for big grants, you might also say that you learned from your success how important it is to stick faithfully to a funder’s guidelines and to build relationships with funding staff wherever possible. You might say that if selected, you will do the same for your next employer, and will expect to strengthen the charity’s funding base as a result. Present yourself as someone who’s most interested in what it takes to do this next job well, not on proving how busy you’ve been in the past. You’ll sound ten times more qualified.

If the job is a senior one, you can think about your cover letter as a succinct early plan. Where do you think this organisation might go next? What are the obvious challenges and risks and threats? How will you help everyone to navigate them successfully? What will you do in the first three months in post? What kind of leadership will you want to embody? Who might you form new partnerships with? If you write about these sorts of things, you’ll reassure a nervous selection committee that you’re ready for the responsibility.

Of course. You wouldn’t dream of being anything else. Nonetheless… halfway through my trusteeship application I found myself writing about what I’m not an expert in. I slipped into tell-tale tentative language such as “while…” and “although…” and “but…”. I know. After all these years and all these blogs. It’s embarrassing.

Here as always, less is more.

As you advance professionally, you’ll have done more than you can ever sum up in a cover letter. Pick two or three examples of good projects, say they’re examples, and have faith that they will speak for the whole of your experience. Try hard to get that letter onto one page (although at a senior level it might be appropriate to write more).

If you speak four languages, or have a great family network in southeast Asia, or sang in the chorus at Covent Garden before you went into investment banking or whatever, it’s more relevant than you might think. They’re buying your personality and experience, and they’ll have to live with that. Surprisingly often, people bury amazing personal experiences in the middle of longer paragraphs. Write a whole paragraph about personal details that relate to how you will perform. Position this paragraph near the end of your letter.

Remember: nothing is certain but death and taxes.

Great c.v.’s and cover letters can fall into a bottomless pit. People who write lacklustre applications and lazy letters full of mistakes sometimes get the job. Why? Who knows. Life isn’t fair, and as Oscar Wilde said, perhaps it’s a good thing for most of us that it’s not.

I’m away for much of February, so I might skip a month here. That’s a relief, because by March, the fate of my own cover letter will be far enough in the past that we can all move on. If I get nowhere, I’ll tell myself what you too must tell yourself whenever you don’t get a job you’ve applied for. You’ve done your best. Everything else is beyond your control. Next.