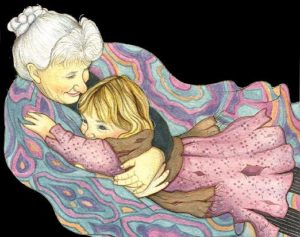 By the time you read this, the EU referendum will be over and all the difficult emotions it’s aroused will, let’s hope, be calming down.

Today, it’s 24 hours away and I – like you, I bet – would rather think about anything else.

About twenty years ago I was working as a campaign consultant in New England. One of my clients was a big neuro-rehab hospital with a long term care unit. They wanted to raise a few million for capital upgrades. Most of my time was spent on the road, talking to people who ran successful companies and belonged to elite country clubs. I clocked over 27,000 miles on my battered blue Chevrolet that year.

The hospital included a paediatric unit. It was a heart-breaking place. Some of the children had been born with terrible brain damage because their mothers had been ill during pregnancy, or were addicted to illegal drugs. Some had been badly injured in road or biking accidents. Many of the children lived on the ward for years, limp and helpless. If they were well enough to do some schoolwork, a tutor sat beside their hospital bed every day.

One day the director of fundraising asked if I’d do some extra work for them. Their annual appeal was coming up and results from the last one hadn’t been strong. Would I draft the next one?

I thought of the children, and of the kind pediatrician who sometimes brought his two bouncy sheepdogs in for ward rounds. I suggested that perhaps he could draft the letter, and we could include a picture of his dogs with the kids.

That sounded fine. I went to chat to the pediatrician, and from him I learned that one of his patients on the ward, a seven year old girl, had had a stroke.

A stroke? It was news to me that children could have strokes. (They can and do.) This little girl now faced a long recovery. There was a further problem. She was the daughter of Polish immigrants who spoke no English. Yet the parents needed to understand what their daughter’s therapists were saying, especially as they would have to keep her speech and physio therapy going at home.

The pediatrician, being imaginative, had found a solution. There was a Polish kitchen worker at the hospital. Why not ask her to come over to the ward and serve as interpreter? That’s what happened. For several weeks the kitchen worker had been leaving her canteen post and interpreting for the parents.

Out of curiosity, I went down to the canteen to meet the kitchen worker. She was an older woman, white curls bundled up into her hairnet. You know that cliché, her face lit up? Well, when I asked her what it had been like to help the little girl, her face really did light up. She blushed and she shone and she looked about twenty years younger. It had been a total high point for her, and rightly so.

You can guess who got to sign the appeal letter. It did really well, thanks entirely to the kitchen worker who agreed to tell her story.

Sometimes we think we have our story, but there’s another better one lying just below or behind it. The doctor with the sheepdogs was lovely, but he’d be there for the next appeal anyway. The kitchen worker’s story was more urgent. It was happening at that very moment. She was still interpreting for an hour a day when the appeal went out, and the little girl and her parents were still preparing for her discharge.

An ask from a kitchen worker is also much more unexpected than one from a well-paid doctor with letters after his name. When she said that the hospital needed private support, it carried a lot of weight.

The lesson for me was: When you’re looking for compelling stories, leave no stone unturned. Who’s the newest person at your charity? The oldest? Who cleans the offices, stuffs envelopes or shakes tins? These are often the people who see the most. Ask for their story, and they might share it with joy. And joy – like other less positive emotions — is catching.

P.S. There’ll be a guest blog over the summer on how one particular type of charity leader (the charismatic founder) can shape language and writing behaviour across an entire organisation. After that, we all deserve a holiday. I’ll be back in September with more from the front lines of writing, and an update on the next Prospero Partners writing workshop.