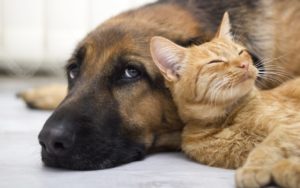 This month, it’s all about looks. Because the look of a page counts – more, if some research is to be believed, than anything we write.

Maybe you, like me, spend hours recasting a document first in a serif font (Didot’s a current favourite) and then in a sans serif (I’d vote for the bold Verdana). Result! A totally different document!

What’s even more amazing is the difference a designer can make. Designers have sometimes done such a great job with my writing that I simply don’t recognize it. It looks crisper, stronger, warmer. Suspecting the designer of having secretly changed my words, I’ve checked the original. Nope. The words are just what I wrote. But suddenly they’ve come to blazing life.

Less often, a designed product feels disappointing. I’ve seen too many rectangular column layouts, uninspiring headshots, colours straight off the official brand palette that aren’t right for the content, too-small fonts or white fonts on a pale background, and irrational hyphens that are as much fun to tackle as a wet stile in a bramble bush.

So this month I asked a great and very experienced designer-writer, Michael Smith of Cog Design, to chat with me about how writers and designers can best work together. He made lots of great points, all of which depend on one really critical piece of advice:

Work Together From The Beginning

Here’s what usually happens. A writer drafts a document, other people change it, and only then is a draft sent off to the designers.

The writer meets with the designers to discuss layout and so forth, and wonders why they look so sad and weary, or worse, uncooperative. Do they need more coffee?

What’s happened is that yet again the design team’s been brought in way too late. They’re expected to take a document that might not have any clear theme, or that’s way too long. On a tight deadline they’re told to “make it look good,” as if the design’s the icing on a cake that’s already been baked.

This I can tell you from hard-won experience: writers and designers should work together before a single word is written. When I’ve been lucky enough to create a document hand in glove with designers, the finished result is miles better.

As Michael says, people tend to think that designers are “visual” and writers are “verbal.” In fact, a good designer, like a good writer, is a communicator (Michael writes almost all his copy himself). And communicators work with themes — coherent creative concepts that help determine words and tone, images and layout, colours and fonts.

A theme isn’t a strategic or financial goal (“we need to feed the hungry,” “we need more money”). It isn’t programme descriptions or mission statements. A theme inspires inspirational feelings as well as actions. It also has to be right for your audience.

I once wrote a campaign case for a University that had suffered some seriously negative press. The audience was major donors and Trustees. The theme was fresh new leadership, from top to bottom. Every decision I made – the placement and detail of financial information, the people I interviewed and the questions I asked – was determined by that theme. Likewise the designers, who worked with me from the beginning, could make amazing decisions that reinforced the leadership theme on every page.

Whatever your theme is, you and the designers should create it together at the very beginning. You will spark off each other, you will know where you’re going, and each of you will do better work.

Writers write too much.

We love words. So we write and write. Yet if there’s one thing that drives designers nuts, it’s long documents packed with long sentences. Designers will remind us, rightly, that when we write for a charity we’re not novelists or journalists. As some of us are also novelists or journalists (or would like to be), this point can hurt a little. Too bad. The designer wants to make the document easy to read. That means less is more.

Writers can be precious.

We hate people telling us to change our copy. We have delicate egos. Work with the designer from the beginning and it will be a team sport. It won’t be all about you. And it’s much easier to accept changes to things that you didn’t make all by yourself.

We tend to be introverts who keep our heads down. But designers want to talk to us. Make yourself available. Return emails and calls, and go to meetings.

Designers can save us from ourselves.

If you’re writing for young people, for example, you might be tempted to use slang, misspellings, chopped up sentences, and freestyle punctuation. (The design equivalent, according to Michael, is a splashy graffiti look.) If you’re writing for august elderly millionaires, you might reach for stuffy longer words. Either way, you risk sounding pompous or condescending. An experienced designer has seen this before and can help you find a tone and style that isn’t self conscious, one that works for you and the audience.

Some writers (not you) don’t have very good taste.

When it comes to images, writers tend to trawl through a stock library (where permissions are already granted) and then present the designer with a preselected batch. Now the designer is stuck with images that might be impossible to scale up or down, or might not reinforce the theme. They might consist mostly of clichéd headshots (complete with fake smiles) or pictures of people by themselves. A general rule of thumb that helps me, by the way, is to choose only images of people doing things together.

You may have to fight tooth and nail to work with designers from the outset. This fight is worth it.

I’m still proud of that University case, which I wrote about 15 years ago. It so impressed one up-and-coming young leader who was featured in it that he agreed to join the Board and co-chair the campaign. It gave the other campaign chair confidence in making his most important pitches. And it was of course part of a wider suite of communications, online and off, that all carried the same strong theme. The campaign was a huge success, and the University’s reputation recovered.

Best of luck to you, and I’ll be back in June with something completely different…