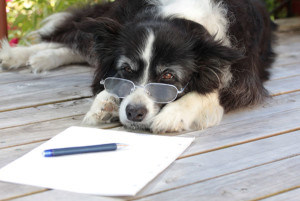 Breaking news: scientists have found a cure for cancer!

Well, sort of. Some scientists, some cancers, for some people, some of the time. Not such a sexy headline. So how do you write for the public about scientific research?

I thought I’d have a go at answering that question this month. I’m focussing on medical research because that’s what’s most likely to be funded by charities.

I’m not an expert on scientific communication, so I asked four people who are: a communications manager for a medical charity, two people who have spent decades writing professionally about medical research, and a senior neuroscientist. They were so generous with their time and insights that this month’s blog is longer than usual – I’ve come up with eleven guidelines.

1: Talk to the researchers.

If you work for a charity that directly funds medical research, then you shouldn’t have much trouble getting an appointment. You’ve raised the money, and the researchers know that.

If you work for a University, say, then the researchers may be raising millions all by themselves from major funding charities, government sources or pharmaceutical companies. Your first hurdle might simply be getting their attention. My experts advise writing in advance, giving lots of lead time.

Explain why you need their story. Maybe you want to let the media know about an award, or some major donors are interested in their work. Then submit a list of questions in advance, to show you’ll have your wits about you when you speak with them.

You need to modify your questions for each scientist, but one of my experts suggests the following:

You’ve now got a skeleton framework for a 20 to 30 minute interview.

A top worry is that they’ll be misunderstood and misquoted. Explain that you will be using “lay language”, and that you will also strive to maintain the integrity of their research.

Your job is to build trust, just as you would with a sensitive donor. Tell them that you will therefore show them anything you write, and will take on board their corrections and feedback.

If you feel intimidated, bear in mind that there are many kinds of scientists. A neuroscientist and a geologist who want to understand each other’s work will need to ask questions and use lay language, just like you and me.

Use short sentences, short words, active rather than passive verbs, and a generally straightforward style. Terms like “scientific method” mean nothing to most people. Instead of saying “A hypothesis was proposed,” write, “X put forwards the idea that… .”

The more familiar you are with a subject, the harder it can be to write about it – which means that when you step in to write about research, you can offer a valuable fresh eye. It’s your job to ask questions until you are confident enough to use plain language.

4. Use stories and analogies that are close to home.

A cancer researcher compared the action of targeted therapies to an ambulance pushing through congested traffic – an analogy that makes perfect sense without misrepresenting the science behind the therapy.

When developing stories, it can also work well to bring together different points of view. Supposing you want to talk about potential new treatments for Parkinson’s disease: you could talk to a basic researcher, a clinician who sees patients, a social worker, and a patient or the patient’s spouse. You could set their stories alongside each other, showing how the research has an impact on real people.

If you’re very lucky you might even be able to arrange a meeting or panel discussion that brings these people together. They will learn from each other.

5. Get your head around risks and benefits.

Perhaps the most commonly misunderstood ideas are those relating to risks and benefits. Percentage values can be very useful but also very dangerous. A casual reader might think that if a risk increases by 10%, for example, then 10% of the population are at increased risk. But if only 1% of people were at risk in the first place, then a 10% increase in risk isn’t that big. It’s 10% of 1%.

That might seem obvious, but once you start writing about false negatives and positives, and placebos and clinical trials, you can quickly find yourself in deep water. The truth is often counter-intuitive.

Don’t be dismayed if these concepts are hard for you to understand. They can be hard for many clever people, including (rather alarmingly) some doctors. Keep on asking until you’re clear, and make sure any journalists you talk to understand the ideas too, or you might wake up one day – as one of my experts did – to find a front-page story, attributed to her, that claimed that 1.7 million women in the UK were at grave risk if they took a commonly prescribed medicine. Not true, but the editor had misrepresented the numbers.

A picture can do the job of many words. Ask your researchers if they have diagrams or infographics, or design one yourself.

7. Build relationships with the media.

Get to know which editors do what. There’s a difference between a health editor and a science editor, for example, and they’ll want different stories. It’s fine to make phone calls to newspapers and media sites if you want to know who’s who and what they’re interested in getting from you. For more on working with the media, one of my experts strongly recommends the Science Media Centre.

Journalists like results and are really interested in just one question: ‘What’s new?’ They don’t care about work in progress and surveys, so don’t waste time trying to sell stories halfway through, no matter how brilliant the work.

When placing a story in the press, it’s hard to get nuances across. Find the most important message and place it up front.

That means that if researchers are kind enough to send you a summary of their work, you’ll almost certainly need to write a new opening, which of course you will run past the scientist before using.

Here’s an example. A scientist wrote about her research into how we listen to music:

Music is a complex acoustic experience that we often take for granted. Whether sitting at a symphony hall or enjoying a musical melody over earphones, we have no difficulty identifying the instruments playing, following various beats and melodies, or simply distinguishing a flute from an oboe. Our brains rely on a number of sound attributes to analyze the music in our ears. These attributes can be very simple like loudness. They can also be very complex like the identity of the instrument or the source, formally called ‘timbre’.

It’s good. She has something to say. But it’s too flat for a press release, and it doesn’t tell us why this research is important. Here’s what my expert came up with:

How do we listen to music? How do our brains process the sounds and rhythms that produce an experience that enriches our lives? Scientists at Johns Hopkins University, USA have used a mathematical model to mimic brain cells and define how we are able to distinguish different musical instruments. The same approach could help people whose hearing is impaired to enjoy music.

The revision uses questions and short sentences to draw us in, and puts the most important point up front.

Ideally the first 50 words capture the whole story. Readers should be able to skim the first paragraph or two and know the answers to the basic questions: who, what, where, when, and either why or how.

Three British neuroscientists have today (1 March) won the world’s most valuable prize for brain research, for their outstanding work on the mechanisms of memory. This year’s winners of The Brain Prize are Tim Bliss, Graham Collingridge and Richard Morris.

The Brain Prize, awarded by the Grete Lundbeck European Brain Research Foundation in Denmark is worth one million Euros. Awarded annually, it recognises one or more scientists who have distinguished themselves by an outstanding contribution to neuroscience.

Who, what, where, when, why, and how – all answered right away, with an interesting explanation to follow immediately:

The research by Professors Bliss, Collingridge and Morris has focused on a brain mechanism known as ‘Long-Term Potentiation’ (LTP), which underpins the life-long plasticity of the brain. Their discoveries have revolutionised our understanding of how memories are formed, retained and lost.

There’s often a tension between catchy stories that make for great headlines, and accuracy. Watch out for exaggeration and overstatement. We don’t have a global cure for cancer yet, and people are very sceptical of grand claims. Also, be prepared, warns more than one of my experts, for an enthusiastic chief editor to run with your story and get it wrong.

One of my experts will put a story aside, refusing to publish or share it, if she feels either that she hasn’t understood the science well enough herself, or the results sound weak to her. (Another lesson here is that it’s all right to trust your own judgement, and it gets easier with experience.)

I didn’t know, until my experts told me, how many peer-reviewed publications are now available as open access. The open access movement makes it much easier for you and me to keep up, and the language on the blogs is lively and down to earth.

For example: “As cannabis becomes more socially acceptable,” the BMJ blog tells us this month, “it’s important that prospective mums-to-be and clinicians are fully up to speed on the potential harms of using the drug during pregnancy, caution the researchers.” Mums-to-be? Up to speed? That’s jargon-free language for you!

BioMed Central includes a “Plain English Summary” of new papers, and you might enjoy ScienceAlert – it’s a bit like the TED website, seductive and refreshing, and you can probably justify reading it at work.

The Art of Science

Writing well about science is an art, said one of my experts. So, by the way, is doing science. Research means false starts, interruptions, delays, technical challenges, and a lot of hard work. It means you’re always hungry for time to stare out of the window and ponder an idea. It means you sometimes wake up full of doubt, and sometimes wake up with a brand new insight. It means you have a dream, and you’re prepared to endure indifference and rejection to achieve it.

Just like being a novelist, composer, painter, film-maker – or a fundraiser, for that matter.