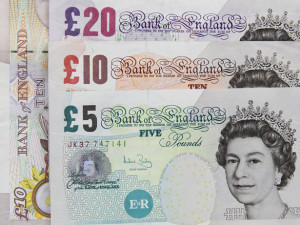 The British have all kinds of strange ideas about themselves. One is that British people don’t like talking about money.

What strikes me, after living in a very polite corner of the U.S., is that the British love talking about money – as long as it’s a grumble. What’s more satisfying than complaining about property prices, or the cost of a peak-time ticket from Swindon to Paddington? We all agree on what’s outrageous, and then we all feel closer.

Which is why 2015 was so interesting for those of us who care about the charity sector. The bad news, and there was plenty of it, was almost all about money. We asked for too much, too often. Our own government gave too much. Charities spent it the wrong way and on the wrong things, such as executive pay. Down went the barometer of public trust. Up went our defences – with dreadful consequences for our ability to write clearly.

Grumbling is a national sport, and it’s so tempting to join in. “The future does not look any brighter,” a charity executive wrote in a letter to supporters last year. “On the basis of current projections, we will have to find very substantial additional savings…in the face of such a bleak financial outlook.”

Now, there are circumstances in which it’s all right to sound desperate. You can get away with it if:

1) Your readers know you really well and trust you completely.

2) You avoid all self-pity or blame.

3) There’s a fixed amount for an urgent need that you have to raise by a real deadline.

4) You’re only going to play the desperate card once — and never, ever again.

That means that most of us can’t get away with it. So here are five simple “writing about money” rules that will help build trust in tough times.

Rule 1. Write positively about what money can achieve.

“Support from The XYZ Foundation would also enable us to develop the digital infrastructure at the Trust. Making the internet available to participants to record and track their own progress. This would give participants the chance to develop digital skills and support them to look for local opportunities.”

The tentative conditional verbs (“would”) and the jarring incomplete sentence (“Making the internet available…”) made the writer sound nervous, as if perhaps she was hiding something. When she changed “would” to “will” and wrote proper sentences about the participants (“People can track their progress online. At the same time they can develop digital skills that will help them look for jobs locally.”), she instantly sounded more like a woman with a plan – not somebody looking for a way to pay for overheads.

They’re old-fashioned and they’re simple, and that’s what makes them great. Also, they work just as well with major donors looking to give a million as with entry level givers who want to give £10. Say what X amount buys, and make it a round figure. List the items from most expensive to least. And do say how many people have supported which menu items in the last month or year – we all like to know what other people are doing with their money.

Rule 3. If you write up a budget, write a budget narrative that explains for every line item how you will use that money.

If I showed you my business budget, you’d see that the cost of posting this month’s blog is £34.80. It’s not big money but it’s real, and real is what people want from you, right down to the cost of stamps, paper clips, and blogs. Remind your readers that nothing you do is free.

Rule 4. Get the money up front.

We’re our own worst enemies when we try to tuck the “money bit” at the end of an appeal letter or proposal. You don’t always have to ask for money in the first sentence (although sometimes you can.) Do however write with money in plain view, right from the beginning.

You might for example let the reader know immediately that you are going to ask for money, and then write, “Let me tell you why.” Or you could take a leaf out of the famous Bruce Barton letter of 1925, which achieved a 100% response for Deerfield Academy. The letter begins:

“For the past three or four years things have been going pretty well at our house. We pay our bills, afford such luxuries as having the children’s tonsils out, and still have something in the bank at the end of the year.”

Don’t let anyone tell you that such a direct approach, with words like afford and luxury, only works with Americans or is out of date. Imagine receiving a letter from the Chair of your own favourite charity that begins:

“For the past three years things have been going well at XYZ charity. We’ve been able to pay for our core programmes, we’ve met some unexpected new demands, and we’ve balanced our books.”

You might find it refreshingly open. You might be curious (what’s gone wrong, then?). You might be irritated. Even so, you’d probably keep reading. And you just might respond more generously, especially if the letter maintained a direct, upbeat tone and explained to you what your money can do.

Rule 5. Use a donor to catch a donor.

Donors are innately helpful people. That’s why they give. Why not ask if you can quote them if they’re well known trusts or businesses? Suggest wording that’s direct about how you use money. “We made a two-year grant to this charity, and then we monitored it closely. We wanted to be sure this was a good investment. We’re delighted with the outcomes, and in fact we’re considering funding them for one more year.”

You can also ask your closest donors to put up a challenge or match. It could be a 1:1 match on all new donations this month, or a promise to give £10,000 once others have given £40,000 to reach an important £50,000 goal. Just make sure that you write about these challenges in very plain language.

As the Bruce Barton example reminds us (and the whole letter is available on the SOFII website at http://sofii.org/files/281BBmajordonorletter.pdf), there’s nothing new in any of these approaches. Yet it’s so easy to forget these basics when we’re under pressure. Remember that you’re raising and spending other people’s money, so you have nothing to hide and nothing to grumble about, either. Your optimism and courage will shine through in every word you write.

This is Part One of On The Money. In Part Two, I’ll suggest a more creative exercise you can do to strengthen your ability to write well about money. Stay posted!